The similarity threshold for trademark dilution under Article 8(5) – how low does it go?

It makes sense that the required degree of similarity as a prerequisite to the assessment of dilution under Article 8(5) of Regulation 2017/1001 is lower than the level of similarity required for a likelihood of confusion analysis under Article 8(1)(b) of the regulation. In Volvo Trademark Holding AB v European Union Intellectual Property Office (EUIPO) (Case T356/18, 24 September 2019), the General Court overturned the Fourth Board of Appeal’s denial of an opposition on the basis that it had incorrectly found that the relevant marks were dissimilar for the purposes of Article 8(5) and, as a result, had failed to assess the other conditions of the test required under this provision.

The Board of Appeal had rejected Volvo Trademark Holdings AB’s appeal from the EUIPO’s refusal of its opposition of Paalupaikka Oy’s application to register the figurative sign set out below in Class 12 for:
“Wheel rims [for automobiles]; Rims for vehicle wheels; Wheels; Casters [wheels] for vehicles; Automobile wheels; Wheels for motorcycles; Vehicle wheels; Casters [wheels] for trolleys; Wheels [land vehicle parts]; Wheels for racing karts; Wheels, tyres and continuous tracks”. 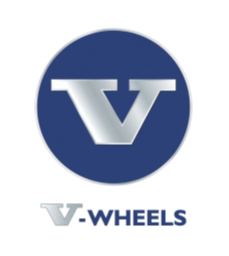 Volvo’s opposition was grounded on Articles 8(1)(b) and (5) of Regulation 207/2009 (now Regulation 2017/1001). Volvo relied on several of its registered marks; in particular, the “earlier trademark” relied on in its opposition under Article 8(5) is shown below. Volvo’s marks are registered in Class 5, among others.

At the outset, the General Court noted that Article 8(5) is subject to a cumulative test and the following conditions need to be satisfied:

The General Court undertook its own detailed comparison between the signs and, upon an overall impression of the signs, found various visual similarities. It considered the similar font and colour scheme used in both marks and noted that both dominant word elements in the marks in question (the stylised ‘v’ versus ‘Volvo’) are positioned in the centre of the circular elements against a blue background. The General
Court held that the sum of these similarities created a low level of similarity between the marks.

In relation to phonetic similarities, the court agreed with the findings of the Board of Appeal that the letter ‘v’ on its own or the ‘v’ in ‘v wheels’ are pronounced as ‘v’ in the alphabet. By contrast, ‘Volvo’ is pronounced using different stresses and intonations. The Board of Appeal’s finding that a conceptual comparison could not be made where neither the dominant nor distinctive elements of the marks in question had any meaning was not disputed.

The General Court found that, even though there were significant visual and phonetic differences between the respective marks, they did not make the visual similarities between the dominant elements of the respective marks negligible upon an overall impression of the two signs. Based on the established principle from previous EU case law that two signs are similar when, from the point of view of the relevant public, they are at least partially similar in relation to at least one aspect, the General Court held that, for the purposes of Article 8(5) of the regulation, there was a low degree of visual similarity between the signs. In other words, there was a sufficient degree of similarity for the relevant public to make a connection or establish a link between the marks, even if there was insufficient similarity for a finding of a likelihood of confusion under Article (8)(1)(b).

In finding that the signs were visually dissimilar, the Board of Appeal had not carried out an assessment of the overall similarity of the signs and had not gone on to consider the other elements of an Article 8(5) analysis. As a result, the General Court annulled the Board of Appeal’s decision in its entirety and ordered that the marks be examined in light of the other conditions set out in Article 8(5).