In Sona Nutrition Ltd v European Union Intellectual Property Office (EUIPO) (Joined Cases T-152/18 to T-155/18), the General Court has found in favour of Sona Nutrition Limited (‘the applicant’) in an appeal from a decision of the Board of Appeal. It found that the board had erred in law in its fidning that the word ‘multiplus’ was devoid of distinctive character in the context of the applicant’s combined word/logo mark. As a consequence, the board had found that there was no likelihood of confusion between the mark applied for and the earlier Irish national registration for MULTIPLUS.

In annulling the board’s decision on the basis that its finding of non-distinctiveness affected the whole decision, the General Court has issued a reminder of the status to be accorded to national registrations in the context of EU trademark opposition proceedings. 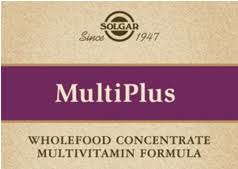 The opponent’s earlier word mark MULTIPLUS was registered in Ireland on 27 November 1995 under Class 5 for “vitamins, minerals, nutritional supplements, dietic products and tonics”.

The Opposition Division of the EUIPO refused the opposition essentially on the basis that MULTIPLUS was descriptive for vitamins and therefore devoid of distinctive character. As a result, it found that, considering the other elements of the applicant’s mark, there could be no likelihood of confusion. The Board of Appeal upheld this decision.

The General Court agreed with the Board of Appeal’s findings that the relevant public consisted of the general public and also health professionals or nutritionists in Ireland, and that this group would have a higher level of attention on the basis that the goods involved might affect the health of consumers.

In the disputed decision, the Board of Appeal upheld the Opposition Division’s assessment that ‘multiplus’ was not distinctive because the goods at issue were multivitamins and multi-mineral supplements, and the combination of ‘multi’ and ‘plus’ was merely the sum of two non-distinctive elements. In relation to the marks applied for, the board found that consumers would pay more attention to ‘solgar’, the figurative element which is set in a circular logo, rather than to the word mark MULTIPLUS, which it considered not to be distinctive and, in spite of its size, was not the dominant element of the applicant’s mark. Finally, the board found that MULTIPLUS, as used in the applicant’s mark, was entirely devoid of distinctive character.

Although the General Court agreed that the board was entitled to find that the word ‘multiplus’ was descriptive, it disagreed with the board’s finding of total non-distinctiveness based on the earlier decision in Formula One Licensing v OHIM (C-196/11 P). Following this decision, the General Court found that the Board of Appeal should have accorded at least a very low level of distinctiveness to the earlier word mark MULTIPLUS as used in the context of the applicant’s logo mark. Accordingly, it found that the board had erred in law.

The General Court explained the policy basis for its decision as being to ensure that decisions are compatible and continue to permit co-existence with national trademark laws. The General Court specifically referred to the seventh recital of Regulation 2017/1001, which provides, among other things “that Union law relating to trademarks nevertheless does not replace the laws of the member states on trademarks”. As a result, the General Court found that the Board of Appeal was limited in how it could assess the distinctive character of the earlier mark such that it was not open to it to find that a registered national trademark had no distinctive character where there was no challenge to the validity of the earlier mark. Consequently, it overturned the Board of Appeal’s decision and held that, because the error had tainted the reasoning of the whole contested decision, it must be annulled.